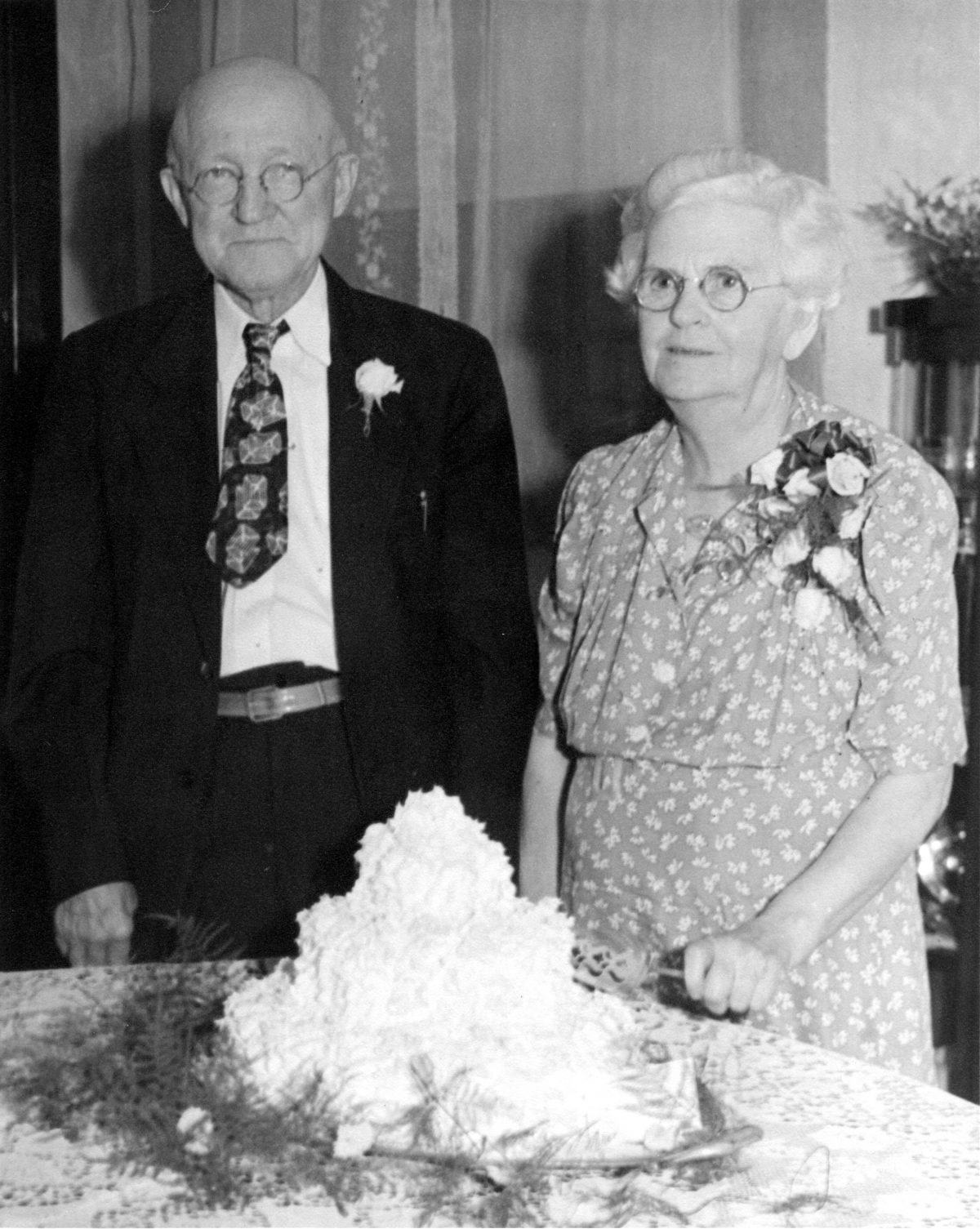 As far as I know they were both born in and around Lewisburg, Marshall County, Tennessee. Marshall, Giles, Maury and other counties in south central Tennessee had their boundaries changed over the years so it is hard to pinpoint locations. It was called the Bear Creek Community, although I believe Nanny’s family were actually in Cornersville Community.

These are all my surviving aunts and uncles. The oldest daughter, Ida Izora Boyd Fuqua, was born in 1899 and died in 1921. There were two other baby girls, one died at birth and the other at seventeen months. So there were nine children in all.

From left to right: Uncle Jack ( Charles Monroe Boyd), Aunt Sissie (Velna T.) Boyd [she was a “seven month baby”, meaning so premature they did not expect her to live so they didn’t  give her a middle name] Daddy Boyd, Uncle John Wilson Boyd, Nanny Boyd ( to distinguish her from my Wilkerson grandmother who was called “Big Nanny”) Aunt Tolly (Georgia Othella Boyd Smith, Aunt Bea (Willie Beatrice Boyd Gebhardt [pronounced Bee-AT-triss]) and my mother, Tempa Theodosia Boyd Wilkerson.

The party was held at Uncle John and Aunt Liza’s house, I think it was on 28th Avenue West of Centennial Park. The playground was right across the street. There was a whole row of big, two-story brick houses there. I think the houses have been town down and an apartment occupies the entire block now.

We lived with them for a couple of years after Aunt Liza broke her back. Mama was a RN so we moved in to help take care of her. They put a hospital bed in this, the dining room because all the bedrooms were up stairs and she couldn’t manage the steps. I am not sure how long we lived there but when President Roosevelt died there was nothing on the radio but classical music. Aunt Liza and I were accustomed to listing to our soap operas in the afternoon so I was ticked off about that.

We lived there until the middle of 1946 when we moved to the campus of Davidson County Hospital. Both my parents worked at the hospital and as such were eligible for housing. Mama worked as the only RN on the staff and Papa, a pipe fitter, worked maintaining the boilers that heated the hospital, laundry and may have generated electricity.

Sissie came to live with us and take care of me before and after school that I started in 1946. Since we lived up a hill for the hospital I could walk down and “help” Mama on the wards. Davidson County Hospital was what was called in that day and time an insane asylum. it also provided indigent health care and other services now called Mental Health Services. So I can rightly say I grew up with crazy people. I was scared silly of the doctors but only on one occasion was I frightened by a patient.

I remember the party well. All the children gave their parents a set of china, glasses and a china cabinet to put all the goodies in. I have the china and glass wear and I think Sam had the china cabinet. Would love to know what happened to the guest book that is on the table.